This is our second day in Hong Kong and the top two tourist attractions that highlighted our trip are The Peak and Hong Kong Disneyland. I was so elated to get back. But as much as I want to frolic on rides and attractions in Disneyland again, I will only bring my office mates here for I will explore other notable places in the city that I did not visit yet. I will spend another worthy escapade with my two friends, Dayleen and Amie who are both working in the city. 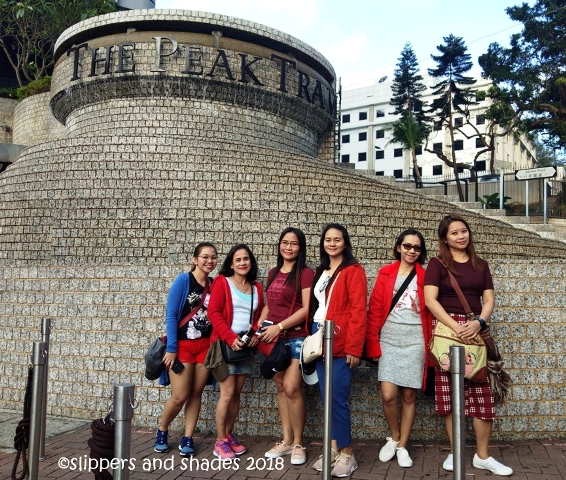 see our happy faces? we are now ready for the exciting ride at The Tram

END_OF_DOCUMENT_TOKEN_TO_BE_REPLACED

Our yesterday’s visit in Macau and to the prime attractions of Tsim Sha Tsui of Hong Kong at night had been crammed with adventure. For my second day in the city, I was again so excited for I will be riding the double-deck tram and the Peak Tram. And lastly, I will be exploring Disneyland, alone. Sounds scary? It’s not! (I guess so, hehehe). 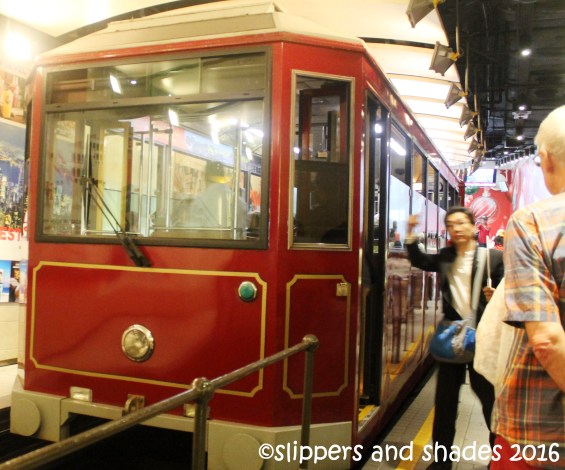 Day Leen and I woke up early, took a quick shower and set out hurriedly to Shau Kei Wan MTR Station to avoid the long queue at the Peak Tram Lower Terminus. We alighted at Admiralty Station and settled for breakfast at KFC. As promised by my new friend, she will let me experience a ride in a double-deck tram right after we eat. And I was pretty much excited to the highest level. 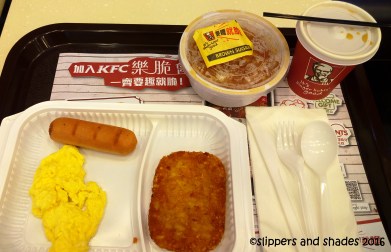 The double-deck tram which is called by the local as Ding Ding is the cheapest and one of the earliest forms of public transport in Hong Kong (over 110 years in service). Its size was smaller compared to the regular bus in the city but it looked so cute.

while waiting for the double-deck tram to stop

After our breakfast, we headed to Admiralty MTR Station (an intermediate stop) and boarded excitedly the double-deck tram. We tapped our Octopus Card on the processor and I smiled in delight while standing inside the tram. We alighted on next stop. It was a short ride, but I was so happy for this memorable experience.

The double-deck tram is also a major tourist attraction in Hong Kong and what’s so good about this? You’ll be riding an environment-friendly way of roaming around the city.

So when you are in Hong Kong try it too! It was fun!

Our Way to The Peak

We walked all the way to The Peak Tram Lower Terminus in Garden Road to buy our ticket. Since we will not stay long at The Peak, we only bought a return ticket for HK$45. It was around 7:30 am and while waiting for the Peak Tram to set off, I grabbed the opportunity to see The Peak Tram Historical Gallery. It’s like going back in time seeing several memorabilia displayed on the glass wall and be more educated and be amazed how The Peak Tram had started, its heritage as well as the history of Hong Kong. 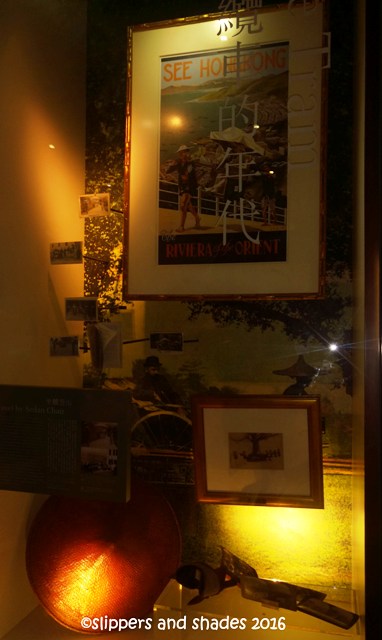 Time for the exciting ride!

There are four ways in getting to The Peak. But for me, I want to experience the best and most unique ride in getting there, so I chose the Peak Tram. This is one of the world’s oldest and most famous funicular railways which is serving Hong Kong for 120 years now! Imagine that!

Day Leen and I opted to stand at the back when the tram car slowly moved upwards on a steep slope. So steep that those buildings looked like they were leaning. The cable railway was sandwiched by a lush tropical forest. It was only a five-minute journey and before I knew it, we were in the upper terminus already. 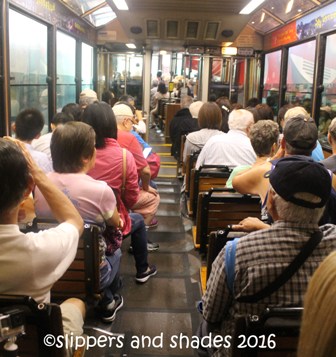 passengers inside the Peak Tram

For a climber like me, I was thinking, I could trek the top in thirty minutes. The ride though short thrilled me much. Kids will surely love this ride too. 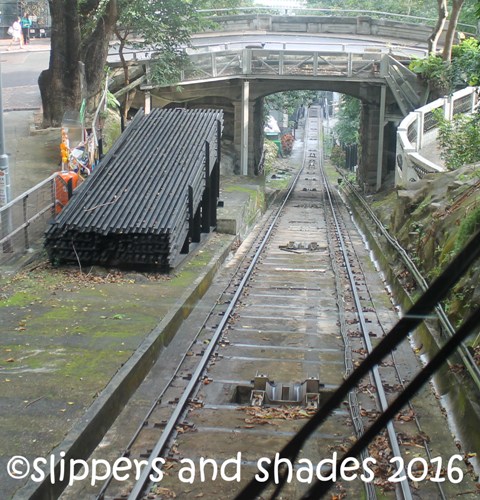 the tram railway on its way to the steep slope

Next Destination – into The Peak