“During the crucial times in our lives, we are forced not to rely on others to overcome our struggles and fears. This is where we must seek the strength of our inner power. You just need to believe it.”

Our rock climbing in Dupag Rock Formation is one of the most exhilarating experiences I did as a casual trekker and a middle-aged mom. The challenges I did in Masungi Georeserve in Tanay and previous hikes lessened my fear of heights and eventually, I gained more strength and courage to do any kind of activities now. To which I owe it all to God. 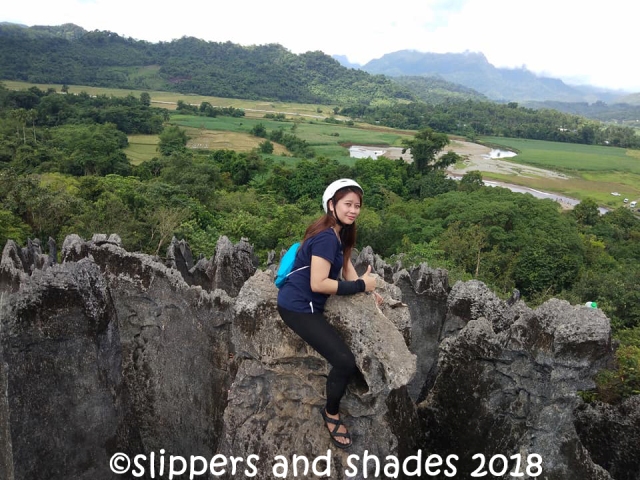 the happy Mama upon reaching the pinnacle of our trek

If you haven’t read yet the first part of our Apayao Road Trip, click Lussok Cave and Underground River-The First Teaser. 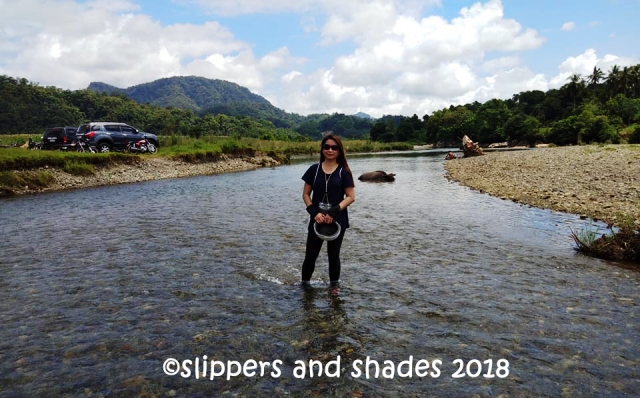 the excitement began in crossing this shallow and clean river

This astounding 60-hectare limestone formation is located in Marag Valley in Poblacion Luna in the province of Apayao. Excitement will surely rule the day as the trekkers will find themselves in a stone labyrinth being amazed by the towering spiked limestone rocks. And what’s best, they will be challenged in passing to tight spaces, sharp edges, slippery passages, and deep crevices. 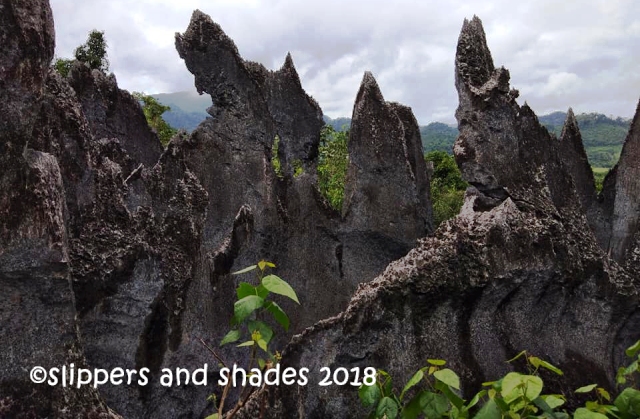 This is the continuation of our Apayao Road trip courtesy of Mavee Cavas our organizer for this adventure. This is our second activity and the most anticipated part of our trip.

We stayed overnight in Jewel Lodge in Junction Luna, woke up early, and had a fast breakfast. By 7:00 am we boarded in our van and head off to the tourism office in Dupag for registration and a short briefing. We paid for certain fees and later were given a helmet as our safety provision. 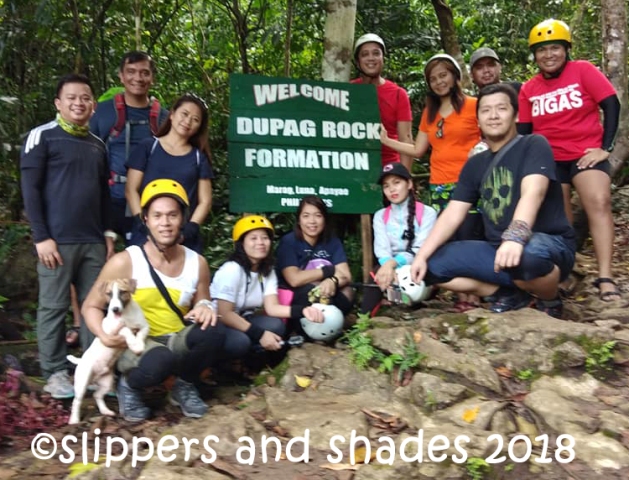 this is us smiling and excited before the trek

Again, we boarded the van and head off to the jump-off point.

The group was in high spirits as we started crossing a small river and another through a wooden bridge. We passed by a small local community and later we reached the signage of the rock formation. Beside it was small nipa which serves as a resting place after rock climbing.

We chose the easy route because we were not all hardcore climbers. We were led by our two tour guides in lush foliage with sweet-smelling deep green forests. Later we reached the entrance of the labyrinth. The sight of a tight passage between two tall rocks sent an initial thrill to me. This is it! 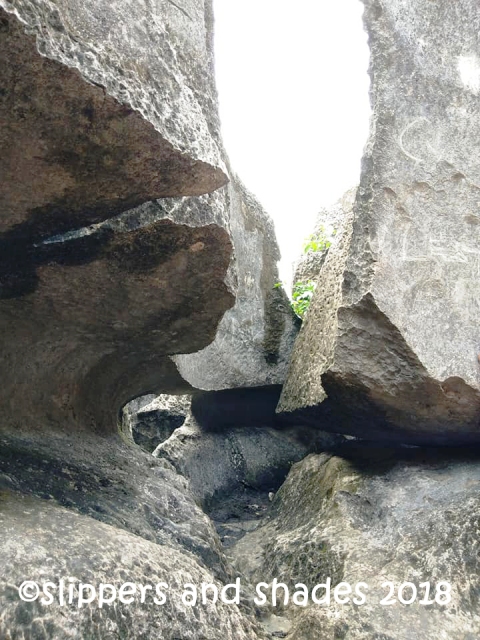 But there were several groups ahead of us so as expected, there will be waiting time. The first challenge was waiting on a narrow crevice where we could not rest our feet on the ground. One has to step ahead of the other while clinging to rock edges. It took several minutes before we proceed to the next difficulty. 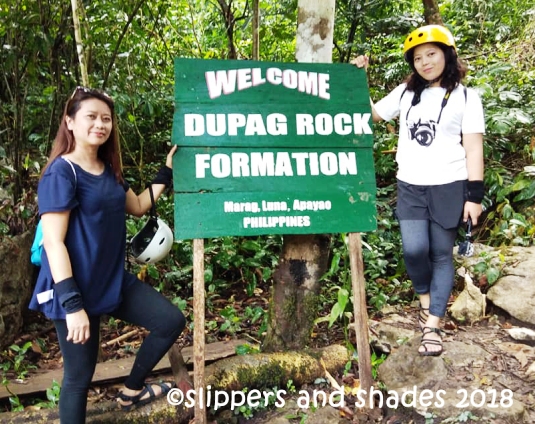 me and Lhen, my favorite trek buddy

We were blessed today because the weather was good. But despite it, most of the passages were so slippery. As we went on, we were so delighted to see the various shapes of the limestone formations, somewhat reminiscent of stalagmites. While some edges had flat surfaces others look like towering spikes with blade-sharp peaks. It was so amazing how this natural wonder was formed. It was certainly magical. 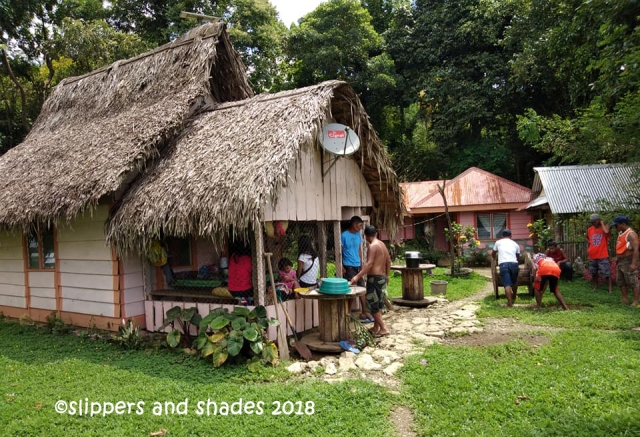 As we went on, the trek got harder and more challenging. There were times that we used our toes instead of our feet upon entering small crevices and we have to cling to sharp-edged rocks to proceed. Imagine that space? 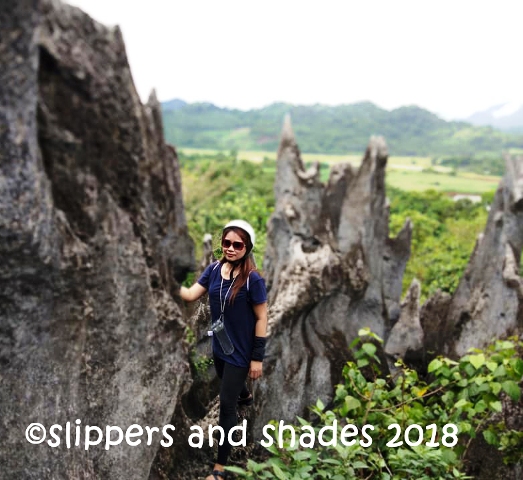 me behind the amazing rock formations

Then we entered a small passage enough for one person to pass through. Thanks to the helmet because it protected our heads from hitting the hanging sharp edges.

The first bigger challenge is to cross from one rock which looked like a giant blade to the other with a deep crevice waving hello to us. But this time, I really need our tour guide to help me move to the other section. He stood on one rock and told me to step on his thigh. I asked him if he can carry me, and when he answered “yes” with a smiling face, I confidently stepped on it, fast and carefully.

Our tour guides were teenage boys having a slightly medium built. Though they have no big muscles, their thighs and feet are strong. They can carry several trekkers on their thighs one at a time. We owe them our dear lives.

The last challenge was to climb to an elevated rock with a sharp thin edge and with deep crevice. But before that, we climbed uphill in a slippery and tight pathway. Thanks again to our tour guide for pulling us up one by one so we can get to the summit. 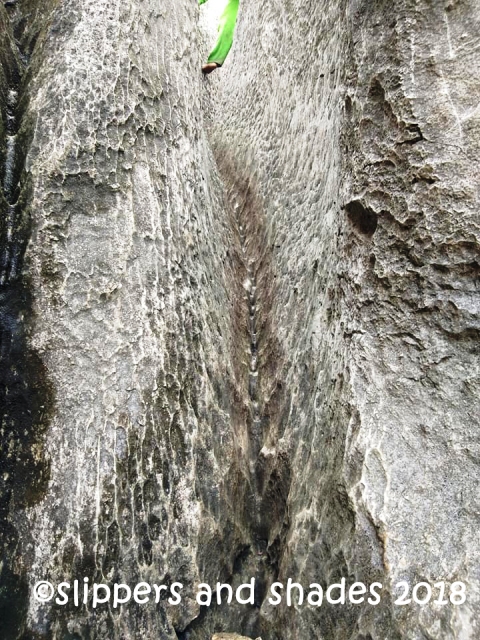 And so, I was excited to reach the “extreme” which is the highlight of our journey. It was easy getting there. But when I was on the peak I could not sit there long enough because the edges were really sharp like a giant blade and only my right foot can support my body because I was stepping on a rock. My left has none to step on so it was suspended in the air. 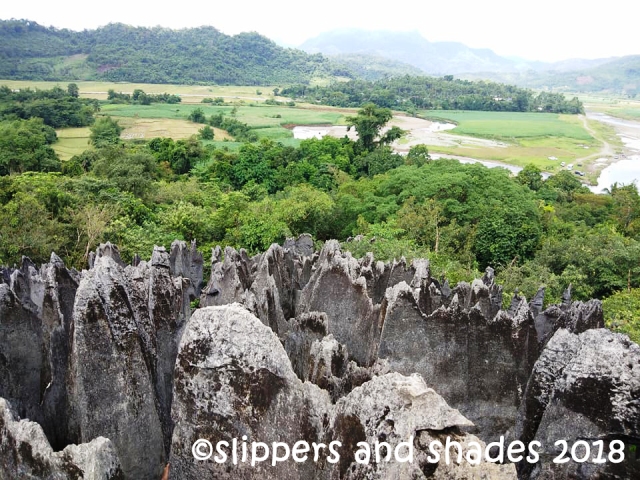 We were warned by our guide not to look down if we have fear of heights. But since I was curious, I did not mind his warning. It was the spot where the beauty of Dupag Rock formation can be feasted by the eyes so I seized the moment looking down to deep crevices, to the other side, and to everywhere. Aside from the rocks, the three barangays-Marag, Cagandungan and Calabigan can also be seen. 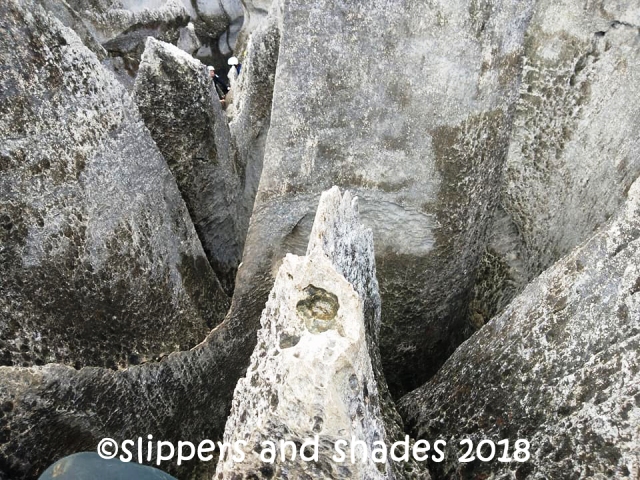 be extra careful when passing through this crevice

It was beautiful! And thank you Lord I wasn’t scared after all. One point for me!

Though my right foot was getting exhausted from supporting my body, I did not leave the peak not until our tour guide took a wonderful photo of a happy Mama who accomplished another exciting adventure.

After our fast photo ops, I asked him to lift my left leg so I can move down. When at last he did it, he instructed me to step to his feet to get to another section. 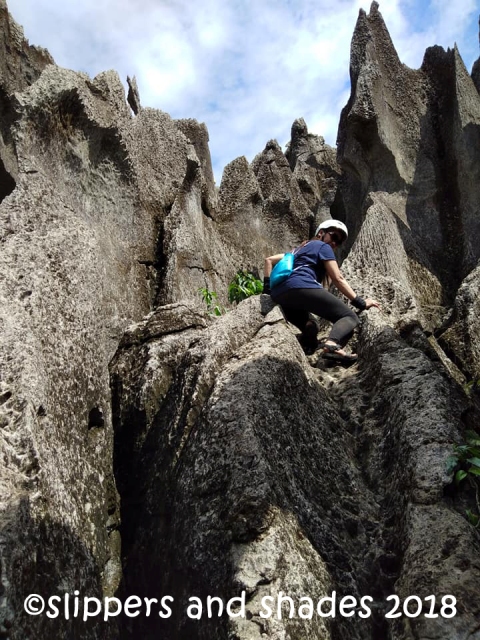 the reward is sweet as an ice cream

It was so tiring and dangerous but I survived the pinnacle of our adventure. And I was feeling great! 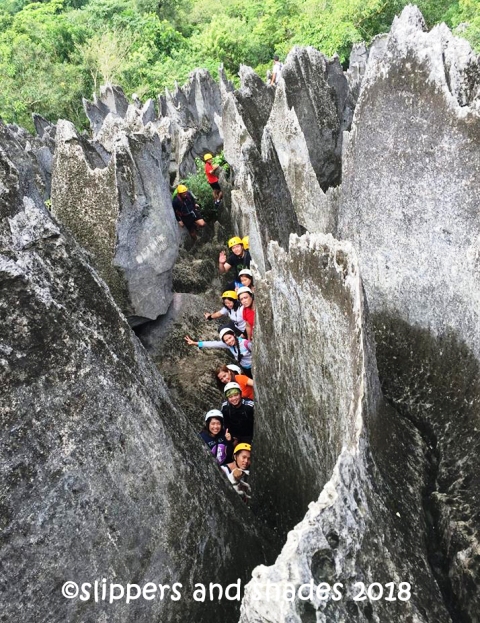 Going down was a bit easy now but we were so extra careful because the passages were slippery. We made our way back to the other trail and later took some rest in the nipa hut. After all the difficulty and sweat, we finally made it in 2 hours and 10 minutes! It took courage, strength, and faith to finish the maze. 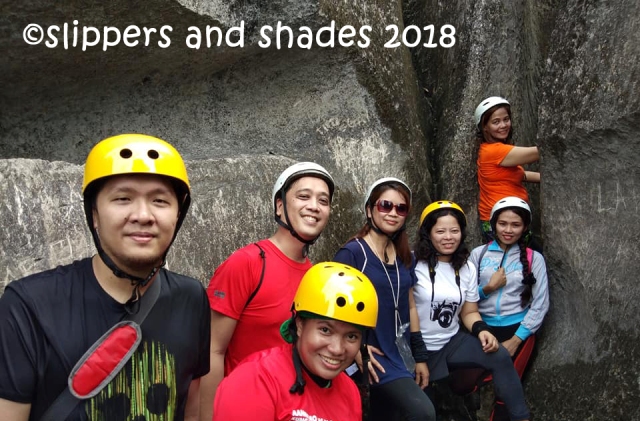 The captured moment with fellow adventurers… Emman, Mayee, Mackoy, me, Lhen, Cherry, She… till next time guys!

It would be easy to go up and down from the summit if there are harnesses or ropes to support the trekker. But having amazing natural attractions, I’m sure, local tourism will refrain from using any equipment that will ruin its marvelous allure. And I salute them for that.

Certainly, Dupag Rock Formation is an ideal place to experience nature’s grandeur. If given a chance to go back, surely I will!