After a two-hour nap in Mojica Residencia Hotel, everyone is ready to take a walk in the cobbled Calle Crisologo, the main attaction in Vigan.  And I am so excited to see the Spanish colonial architecture of Vigan. 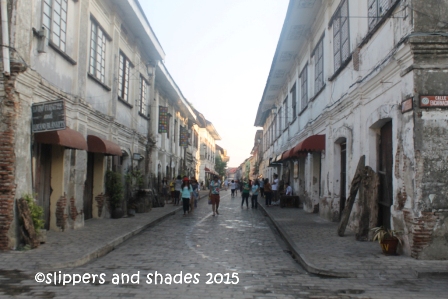 END_OF_DOCUMENT_TOKEN_TO_BE_REPLACED

I’ve heard about Balinsasayaw Chicken Grill and Restaurant in Silang, Cavite from my office mate, a certified foodie who loves to eat unique food at unique restaurants. I relayed the story to my hubby excitedly.  He promised me that we will eat in this resto with our kids once we visit Tagaytay. 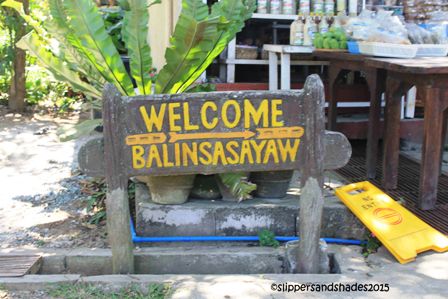 END_OF_DOCUMENT_TOKEN_TO_BE_REPLACED

Way home now after our company’s one and a half day kick off meeting in a retreat house in Tagaytay City.  I was on a car of Joel with Mark, Faith and Kel. Among the five of us, Kel was the lucky employee who won an award in our annual awarding ceremony highlighted the other night. Since it had cash prize, we sweetly coerced him for a treat. END_OF_DOCUMENT_TOKEN_TO_BE_REPLACED

Davao City is famous for its Durian and Marang, their signature fruits which are commonly asked for pasalubong.  And there is more, the city is so clean and peaceful. Thanks to the strong leadership of the Dutertes for imposing a remarkable discipline to Davao City, thus making the people so proud of.

Seeing Davao in person is such a fulfilling experience. I’ve learned the reason/s why this city though far is now frequented by tourists and adventurer like me.

I think I”m in love with You Davao!

Let me now begin my story in our Davao City tour.

This is the first time that I traveled by air with my kids. It was raining hard in Manila when we left by 8 pm, and so we experienced turbulence up in the sky. That’s part of the adventure, anyway.  We were all excited setting foot at the airport and seeing my hubby waiting for us at the arrival area. He was on a two-week IT project in the city with his team. He enjoined us to spend their last week-end for an exhilarating getaway.

We boarded a taxi going to Lanang to where we will spend our first dinner at Penong’s Barbecue Seafoods and Grills.  It is one of Davao’s famous chicken barbecue restaurants and is famed for its juicy barbecue.  I was so curious to taste their food which was comparable to Mang Inasal’s delicacies. Well, let us see which is better.

Penong’s was set in an open-air dining area, built entirely of authentic native wooden material. Thus making it so cozy and so homey. Barney, Froi and Dwight joined us in our dinner. It was now packed by people and we were lucky because we got the last table.

We ordered the delectable Fiesta Plate, a combination of chicken and pork barbecue, liempo, pork chop and longganisa (P710) with “sawsawan” of soy sauce, vinegar and a pinch of calamansi juice. We also ordered kinilaw na tuna (P113), sinigang na hipon (P121) and bottomless ice tea for our drink. We were given complimentary bulalo soup and cold water. I left my diet in Manila and so I ate all the dishes served on the table. 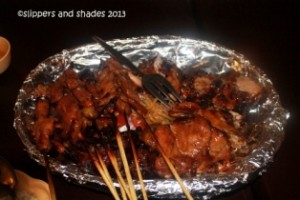 The Davao kinilaw style was so delectable. It was me and my hubby who feasted on it. Yummy!  Overall, food was really good, really good that Pao and Shen’s plate had no rice left over.  Whooh!

What amused me much was the clapping of hands to call waiter’s attention. I recommend this restaurant for its affordable price and fast service.

Honestly, their barbecue is much better than Mang Inasal and they have more variety of foods to choose from.  Better try this if you happen to visit Davao City. They have budget meal with price ranges from P68 to P92, choices of chicken, pork barbecue and pork chop.

My comments about Davao City – I was impressed of its clean environment. But what I admired most was the strict implementation of city ordinances like city-wide ban on smoking in public areas and selling of alcoholic drinks which prohibits from 2 AM to 6 AM. See how effective Davao City’s governance was ruling anyway?