After a seven-hour travel time from Manila to Baler, exciting city tour and a heavy lunch at Chef Jerry’s Picnic Buffet Restaurant, we now headed to Bebel’le Beach Resort to check-in and to rest for an hour or two before we engage to water fun. 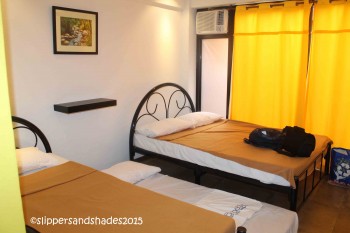 The resort had its soft opening just a week ago. It has six rooms in a beachfront. Our room could actually fit a total of 5 guests with its fully-furnished space of two comfortable beds, LCD tv and a bathroom with bidet and hot and cold shower. There were table and chairs in the balcony which we were provided with complimentary mineral water and a thermal pot with hot water. Rate – P3,000. 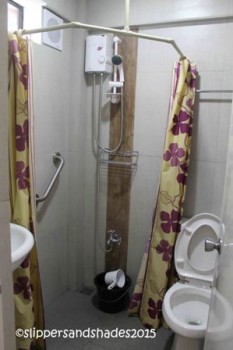 We dozed off for almost two hours and woke up by 4:30 pm, got out from the bed, changed our clothes to swim wear and went outside to swim. Yahoo! Unfortunately, it was still raining. But we were surprised seeing lots of people spread out in the beach, sprawled on the sand while others on surfing boards amidst the cold weather. What more if it is summer? 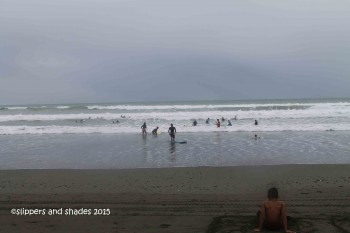 My first surfing experience was in La Union, but waves were not that so friendly that time so I did not learn that much. 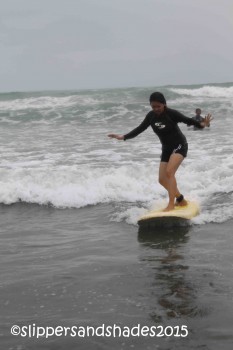 surfing is really fun and exciting

This rainy day, it was so challenging and exciting to surf because the waves had gone wild. I coerced my buddies to join me in surfing but they favored playing with the buffeting waves. Kuya Jun was my patient instructor who taught me immensely the art of balancing my body and braving the strong waves. And for my first attempt, I was so proud that I did it well and got into the shore gracefully.

It was tiring surfing with the crashing waves, but nonetheless, it was really fun and wonderful!  Later I joined my buddies who were shouting and laughing like little kids, a child delight anyway. 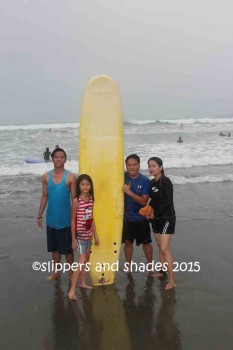 It was raining till night. Bebel’le had no restaurant as of this writing. We had our dinner in The Rolling Stores in the central town. Foods were so affordable and we enjoyed eating under a big umbrella while rain was pouring.

Later we roamed a while when the rain stopped. We found out that Baler had no shopping malls (only Mercury Drug Store), no fast food chains, only Jollibee on wheels, no jeepney (only trike) with few banks and few atm booths (Land Bank, Development Bank of the Philippines).

Though Baler was devoid of commercialism, this place had its provincial appeal that will relax your whole being and will make your stay worthy.

When we went back to the resort, Pao invited me and his daddy for a night walk along the long stretch of sand. Thanks to the beach light of Be’belle Resort and other resorts for lighting our way.

The night was very cold and so serene. The thundering waves were music to our ears.

Little later, we went into bed for a long and comfortable sleep.

Dark gray sky greeted our morning. No sunrise photo of Baler. Huhuhu. But thank God, it was not raining anymore. We went for a walk at the shoreline. There were many people around, some were walking and some were surfing with the waves. Yes, as early as 6 AM!

We stepped into neighboring Smart Beach Resort and had a hearty Pinoy breakfast of cornsilog, hotsilog, longsilog, dangsilog with milo for kids and 3-in-1 coffee for the older buddies. . 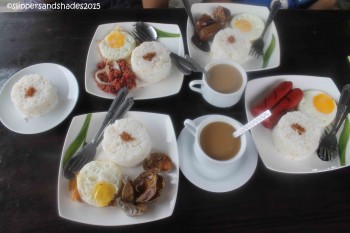 There were several vendors selling the signature suman of Baler called galo in the vernacular. It was made of organic purple rice with coconut milk and latik. We bought one bunch of this suman and tasted it. Surprisingly, it was so delicious especially if paired with a hot coffee. Already sweetened so no need to add sugar. 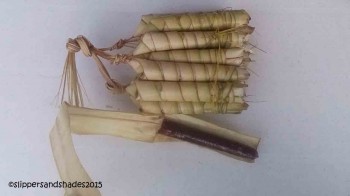 galo… the signature suman of Baler

After our breakfast, we headed to Ditumabo Falls in San Luis, Aurora.  The weather was now cooperative. Little sunshine was now streaming into the road so we were now the happy souls.

But to our dismay, it was not passable going to the Mother Falls because of high level of water in the rivers. Instead we were advised to visit Caunayan Falls in Barangay Pimentel in San Luis. 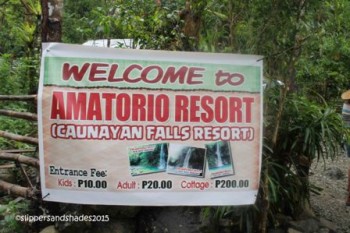 Through an instruction of a local in getting there, we were able to locate the waterfalls in twenty minutes passing through a rough road that got stiffer when we were nearing the waterfalls. Paved road was just so short. Anyway, we enjoyed the ride seeing a verdant vegetation and it the view was so wonderful for it reminds me of my home town Albay. 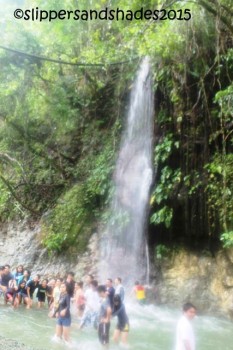 Parking was almost full when we arrived. We paid for the entrance fee and we took the 10-minute trek. The waterfalls was small but the water was refreshingly cool and clear. We can’t come close to the catch basin because of lots of people wading in the water. We did not swim, we just captured the moment looking around, embracing nature’s finest gift and took lots of pictures to our heart’s content. 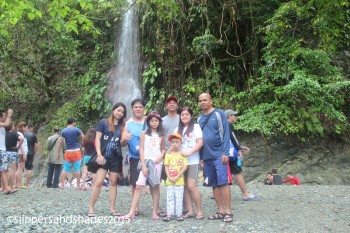 When we went back to Bebel’le, we packed up, took shower and bid good-bye to Sabang Beach.

Thank you Vanni and Armie for your warm accommodation. For our next visit, we will be glad to stay again in your resort. But I wish, it would be sunny so we could have a picture perfect of sunrise in Sabang Beach. 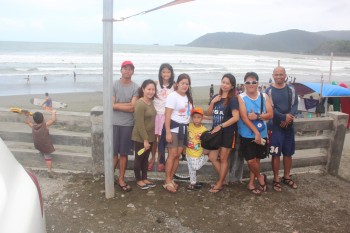